In our high-risk, high-reward economy, there’s a healthy pressure to do more with less. It makes sense with time and money. But it’s a productivity killer when it comes to sleep. As a society  we put a high value on achievement but not much on rest.

I hear people brag about how much they work and play but never how much they sleep. But what if sleep could help you achieve more? 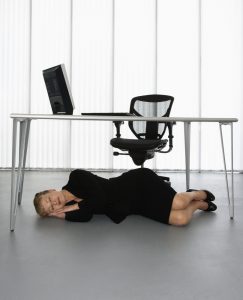 We act like sleep is a luxury or an indulgence; as a result, sacrificing sleep in the name of productivity has become routine.Cheating our sleep is like maxing our line of credit. There’s a benefit now—at least, it feels like it—but the bill always comes due in the form of decreased health and mental ability not to forget weight gain.  What if you were able to take a short nap for a maximum of 30 minutes during the day!! Still cant afford it ?

A nice afternoon nap will also help to lower stress levels,Sleep deprivation leads to an excess of the hormone cortisol in the body. Cortisol, known as the stress hormone, helps us deal with fight or flight responses. But excess cortisol increases glucose intolerance and abdominal fat, weakens the muscular and immune systems, stymies memory and learning, and decreases levels of growth hormone and testosterone in our bodies. These deleterious effects can lead to diabetes and heart disease.

Lets probe on a few benefits of Napping during the day !!

The neurotransmitter serotonin regulates our mood, sleep, and appetites. It produces feeling of contentment and well-being. But when our bodies are stressed, higher levels of serotonin are used and the production of more is blocked. As a result, we can become anxious, irritable, depressed, overwhelmed, and easily distracted. When you don’t get enough sleep, it drives leptin levels down, which means you don’t feel as satisfied after you eat. Lack of sleep also causes ghrelin levels to rise, which means your appetite is stimulated, so you want more food,” The two combined, will set the stage for overeating, which in turn will lead to weight gain. When you sleep, you release growth hormone, the antidote to cortisol which which boosts your immune system, primes your sexual function, reduces stress and anxiety, and aids in muscle repair and weight loss. Napping gives your brain a chance to rest and your body a chance to heal.

More than 85% of mammalian species are polyphasic sleepers, meaning that they sleep for short periods throughout the day. Humans are part of the minority of monophasic sleepers, meaning that our days are divided into two distinct periods, one for sleep and one for wakefulness. There’s nothing wrong with doing more with less, but if we’re not smart about it, we can really hurt our productivity and even our health.
Bottom line: Instead of thinking of sleep as self-indulgence, we need to think of it as self-improvement.